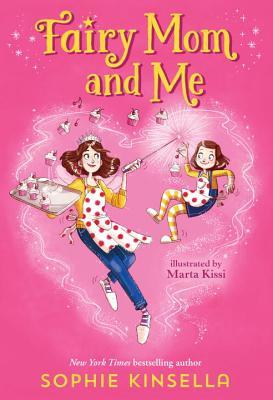 I’m reading Fairy Mom and Me by Sophie Kinsella to #2 (she’s almost 6). She has actually laughed out loud at this book and asked me to read – something she’s only ever done with the Mercy Watson/Tales from Deckawoo Drive chapter books, so this is big. So far I think it’s a cute book, nothing amazing but super silly and perfectly written for its audience. I do appreciate books as a reflection of reality, and I think I have just found one of my favorite books lines! This made me laugh out loud – and I’d like to tell you that according to Fairy Mom and Me, my messy house is actually useful:

Our house has lots of useful things, all just where you need them. Like Ollie’s toys all over the floor and a pile of coats on the bench in the hall. There are books everywhere, because you never know when you might want a book. (pg 51-52)

For your entertainment, I have included some photographs (taken this morning) illustrating just how readily available I keep these useful things in my house:

Toys all over the floor:

A pile of coats on the bench in the hall:

So no, I will not be winning any awards for a tidy house – but look how easily the kids and I can find what we need!

About four years ago, Andy Weir gave a talk at Lawrence Livermore National Laboratory on The Martian‘s path to success. As an editor who works with primarily indie authors and authors querying agents, I found it very interesting to hear Weir’s explanation of how he “failed” at publishing when he really, really tried, and then how he found profound success with a book he started out giving away for free. I also, on a personal level, find it really fascinating that his success came only after he let go: when he stopped trying and let things kind of run their own course, pursuing writing because he enjoyed it but without the pressure to “succeed.” Just interesting to ponder as we go about our lives, don’t you think?

Also, I’d like to just add here that I commend the screenwriter for sticking so closely to the book. There are differences, of course, and Weir goes into some of them in the talk, but it is remarkably close. I read the book after seeing the movie, and that often ruins the book for me but in this case it definitely didn’t – it’s the same story, with SO MUCH MORE DETAIL, and it’s fascinating (though not all scientifically accurate!). I just searched back so I could link to my review of the book, but apparently I never wrote a review (oops)…suffice it to says it’s AWESOME. And funny 🙂

Check out this video to hear the story straight from Andy Weir! 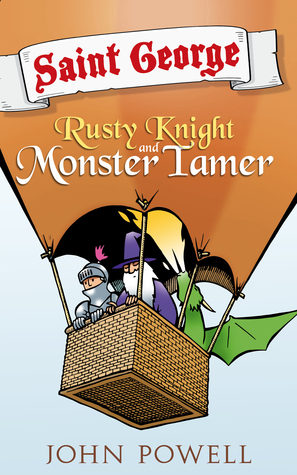 When I requested John Powell’s Saint George: Rusty Knight and Monster Tamer from NetGalley sometime last year, I confess I totally thought it was going to be a story of the legend of St. George, who is often portrayed as a slayer of dragons. That, of course, wasn’t the case at all (ha, oops!), but it was a really enjoyable read. Part of the novelty for my daughter was reading together on my Kindle (ooohhh! exciting!), but she really did enjoy the book and so did I.

The Goodreads synopsis is super short:

Humorous tales about an impoverished knight in old England who discovers a way to tame the great variety of monsters that roam the land in the days of Good King Freddie the Umteenth and his prime minister Merlin the Whirlin.

“Humorous” is the perfect word to describe the story. If I remember correctly, Powell says in the beginning of the book that he originally came up with these stories as bedtime stories for his kids – and you can tell! They’re just funny and perfectly geared toward little kids. They follow a predictable structure (all of them start with “Now it was in the days of Good King Freddie…”) and in each story Saint George has to take on some ridiculous monster problem or another – which usually can be solved by providing the monsters with the magical, monster-taming marmorguglehupf cake (my daughter thought that word was hilarious).

The stories are full of all sorts of absurdities with names just as outlandish as marmorguglehupf cake, ideas like George’s “armor-on week” and “armor-off week” (during which he sleeps – for the whole week!), and other silly, non-sensical things (like a king who can’t read!). The crazy names and nonsense action reminded me a good deal of Roald Dahl, and prompted the same kind of laughter from my daughter as did The BFG. There were only two drawbacks for me with the books: 1) each story was a little too long to be a bedtime read-aloud but it didn’t work to break them up so we just pushed through a whole story in each sitting; and 2) there was one entire story that REALLY is not suited for American kids – or their parents! We just couldn’t follow the thread on playing cricket (our loss, though – I’m sure to a British kid the story would’ve been as hilarious as the rest).

All in all, I’d give it 4 stars and definitely recommend it! I think it’ll be another year or two before my next daughter is ready for it, but I’ll look forward to rereading the silliness with her when she’s ready!