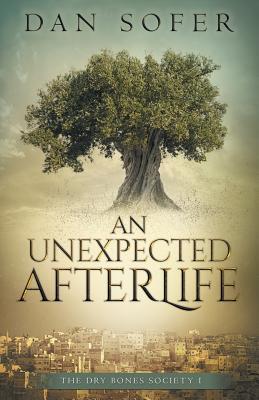 Moshe Karlin wakes up one morning, naked and alone, in the Mount of Olives Cemetery. According to his family and friends, he died two years ago, but Moshe is not about to accept his demise lying down.

Is his new lease on life a freak of nature or the start of the long-awaited Resurrection? Moshe doesn’t really care. He vows to beat his “afterlife crisis” and win back his life-and his wife-if it is the last thing he does.

But the road ahead is full of unexpected dangers. Along the way he gains insight into life, love, and the Jewish State, as well as the suspicion that perhaps his perfect first life was not so perfect after all.

Meanwhile, other changes are afoot in the Holy Land. A reluctant prophet prepares to deliver a message of redemption-and the end of life as we know it-when a freak accident changes the course of history.

Readers who enjoy the satire and humor of Kurt Vonnegut, Carl Hiaasen, Terry Pratchett, and Douglas Adams will enjoy this intriguing and humorous mystery in the Jewish lore and legends of the Resurrection, the World to Come, and the Messianic Era.

Seems at first like a strange book for a Catholic to read, right? It was actually really intriguing and educational for me and I enjoyed it enough to really want to read the sequel (though not SO much that I’ve already read it)! I’m not sure whether a Jewish person would say the same, but I didn’t have any religious qualms with it (say, like how I won’t read Dan Brown’s DaVinci Code because I have no interest in reading what I consider to be blasphemous things about Christ). Rather, for me, the book served to educate me a bit on Jewish theology and thought.

When Moshe comes back from the dead he ends up staying at the home of a local Rabbi, who is convinced that Moshe (and others in his situation) herald the coming of the Messianic era. He says, “The Messianic Era. We believe that the End of Days will see the Resurrection of the Dead, the return of Elijah the Prophet, and the revelation of the Messiah-King, son of David.” (Loc 290) A lot of what the Rabbi then does, in terms of hosting Moshe, engaging with his Rabbinical colleagues/superiors, etc., assuming it is factually-based, sheds a lot of light on Jewish culture and religious organization – which, admittedly, I know little to nothing about.

I was struck by the similarities with Catholicism, though I’m not sure why – after all, Christ was Jewish and His Church descended from Judaism. I noted while I was reading that the Rabbi broke bread and gave it and wine to his guests, just as Christ did at the Last Supper. The Rabbi’s explanation of life after the Resurrection–at least in terms of the healing of the body–is very similar to Catholic teaching. I also noted that the explanation given for trust put in the “leading Rabbis of the generation” (Loc 2364) is strikingly similar to the Catholic Magisterium – we believe that the Holy Spirit guides the leaders of the Church to the right conclusions and therefore we trust in their authority.

There is a fascinating discussion by scientists in a hospital setting about having obtained “scientific proof” that all people descended from a single female. It would be fascinating if such proof actually existed! It was a great reminder, though, of science being part of mankind’s search to understand the world that God created, and that, therefore, no person of faith should ever fear science nor see science and religion as incompatible.

These are the lasting impressions I had of the book, but all of these insights gained were wrapped up in a compelling narrative with relatable, realistic characters. I was invested in Moshe’s survival and his efforts to win back his wife, as well as the life of the “reluctant prophet” described in the book blurb. I was also struck by the all-too-realistic exploitation of the resurectees (is that a word?) by criminal elements out to profit only themselves.

All this is to say: it’s an enjoyable and realistic read that also caused me to think and to learn, which is what I love in a book. It was entertaining AND edifying!