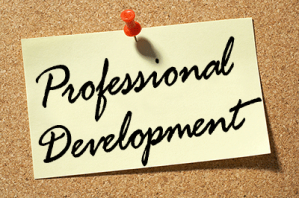 A couple of weeks ago I participated in a webinar run by the Editorial Freelancers Association (EFA) on copyediting fiction. It was taught by Amy Schneider, who has been copyediting for over two decades. This was my first foray into editing-specific professional development, and I was pleased with the course. Amy described it as “a look over one editor’s shoulders,” which was right on target.

My primary take-away from the webinar is that I am intuitively good at copyediting. (Yup, I just patted myself on the back.) My mind just works the right way for the job, which is probably why I enjoy it so much. Much of Amy’s process and the things she says to look for I already do – I’ve learned it on the job. For instance, when I first started out I didn’t pre-read a manuscript before beginning to edit. I quickly realized I would be much more effective if I did so; this is something Amy described as standard practice for her. Additionally, looking for inconsistencies throughout the document (such as “e-mail” or “email”?) seemed to me to be just an obvious part of the job and something I do when proofreading as well.

Second, the presentation sort of cemented what I had previously only grudgingly accepted but now welcome with open arms: fiction writing is not bound by the same style conventions as nonfiction. Sure, I can use the Chicago Manual of Style as a guide, but hard-and-fast grammar rules just don’t really exist in fiction. Each author has his own voice, and it’s my job as an editor to ensure that voice is consistent throughout, not to, as Amy called it, “edit the life out of the prose.”

Finally, I learned a lot about editorial efficiency. I already do some of the process things Amy mentioned (though without the official-sounding names she had for them), but I can certainly benefit from learning about tools like Microsoft Word macros that can speed up the process. Though I charge by word and not by hour, my clients and I each benefit if I can be more efficient.

In sum, I enjoyed the webinar and will certainly look at taking more of the EFA’s courses in the future. And: I rock as a copyeditor.