Welcome back to Indie Author Spotlight by The Edifying Word, thank you for joining me for week two! Today I have the distinct pleasure of introducing poet and fantasy novelist Paolo Ruggirello (who is also an editing client of mine, and an awesome one at that!).

I first met Paolo on Twitter, when he was looking for an editor for his work-in-progress, a fantasy novel for which he plans to pursue traditional publishing. We’ve been working together for nine months or so now, and I feel like I’ve gotten to know him during this time. I admire his dedication to writing and his passion for his created world, but also respect the value he places on family and his respect for how my family impacts my work! I don’t think we have had a single correspondence where he didn’t mention his mom, his siblings, or his girlfriend. This is a big deal for me, a girl who as a kid got banned from trick-or-treating with “friends” because I talked about my family “too much.” I’m excited to be a part of Paolo’s publishing journey, and I encourage you to stay tuned in for updates.

How did you get started writing?

I started writing consistently when I was 20, which was when the universe in which my fantasy series takes place was born. I started writing when I was a little kid: when I was in first grade, my elementary school had a field trip to a publishing firm, where we got to have one of our books “published”. I wrote a terribly illustrated Batman book that my mom still has today, somewhere. Now I write because I must. Without it, my head would be too full. It’s hard to describe, but there’s something way deep down that calls to me, telling me to put my thoughts into words. I have no choice but to write. 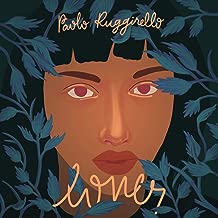 So, aside from Batman, tell us about your writing!

I have one self-published book of poetry, Lover, which is inspired by my wonderful girlfriend. My upcoming debut novel from my fantasy series is currently being edited for publication.

Wow, you wrote and published a whole book of poetry for your girlfriend – she must be pretty awesome! There’s someone else awesome in your life, too, isn’t there?

Yes! I have a budding babe due in about seven months (October). It’s really kicked me in the butt and motivated me to see my writing through, because now I’m not just doing it for me. I work full-time and just completed a coding course. I have one year of C++, Java, JavaScript, and ReactJS. I really love coding and building apps, so I’ll probably continue doing it even after my series is published.

You mention the book I’m editing is part of a series. What is your approach to the series – is it all planned out, or are you still waiting to “find out” what happens?

I like to allow my ideas to grow naturally, but the plot of the series is entirely mapped out at this point. My universe was initially written for use with tabletop role playing games (RPG), so the plots that occur in different time periods are centered around certain characters. This book series is based on a completed campaign, during which many unexpected things happened, things I didn’t plan at all. I usually plan the initial idea and allow my characters to take it to new and exciting places.

This is a fascinating method for developing a story. Do you plan any intersection between your writing and your programming passions? What are your upcoming projects?

In terms of writing, I am working on the sequel to the sequel to the book that is currently being edited. My brother has reprised his role as Miami in our tabletop game and Bertucio’s player is taking on a new character. It’ll be a lot of fun once it’s ready to read! As for Zubare part 2, I’m having a very hard time deciding on how to begin the book, but rest assured the plot has already been completed. It’s just waiting on an exciting beginning and some descriptive text. In terms of coding, I want to create a text-based browser RPG in the same universe as the books. Players of this browser game might even meet characters from the books!

Do you enjoy reading fantasy as much as you enjoy writing it? What are some of your favorite books?

My favorite genre to read is definitely fiction/fantasy. I find I’m mostly drawn to books that blend our world with fantasy elements, or completely new worlds of high- to mid-level fantasy. That being said, I also peruse many scholarly papers and nonfiction books on topics that interest me, if one comes across my path. I have so many good books on my bookshelf, but I’d have to say my favorites are the Charlie Bone series, by Jenny Nimmo; The Lord of the Rings, by J.R.R. Tolkien; the Rowan of Rin series, by Emily Rodda; Shogun by James Clavell; the Arthur series by Kevin Crossley-Holland; and the Septimus Heap series by Angie Sage.

What is your author dream?

My dream would be to be able to live off my writing so I can afford to dive into programming. I don’t know if I want to be the next Tolkien, but I definitely don’t want to be just another Joe Schmoe in an already overcrowded genre. Ultimately, I want to publish TV shows, video games, and movies set in my universe, as well as help other indie authors bring their projects to life.

Is there anything else you want readers to know about you?

I’m a pretty open and logical thinker. I love questioning myself, others, and especially the universe around us. Also, I hate wearing hats.